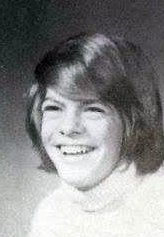 Derek Kennedy Stewart of Thorold, Ontario passed away peacefully at the St. Catharines site—NHS on February 17, 2020. Derek is survived by his loving wife, Wendy Luce Stewart; children Sean and Allie (Max), of Niagara Falls; and Logan of Richmond BC, along with his mother, Noreen Stewart; sister Susan (Kevin) Braun and brother, Bill Stewart, all of Mississauga ON. Derek is also survived by his stepson, Jeffery (Rebecca Moore) Meyer of St. Catharines, and was “Papa Derek” to Matthew and Callie Meyer. Proud uncle of Stephanie Braun of Toronto and Sarah (Ryan) Brown of Cambridge; Vanessa (Joel) Barbera of Fonthill and Shannon Stewart of Niagara Falls. Derek is also survived by his sister-in-law Sherri Stewart of Niagara Falls and cousins Karen (Derrick) White of Abbotsford, BC and Tarah (Dennis)Brookfield- Lund of Kitchener. He was predeceased by his father, Frederick Stewart. Throughout his 63 years, Derek faced many health challenges, and life in general with complete determination: the word failure was not in his vocabulary. He was a photocopier and business machine service technician across Niagara for more than 30 years, most recently with Ricoh Canada. He loved politics and hearty debate, science fiction books, classic cars, fishing, boating, NASCAR, Star Trek and John Wayne movies with equal passion. His love of life on the fast side, however, was stronger than his heart: his wit and pointed insights will be greatly missed. Arrangements have been entrusted with Passfield Mortuary Services Inc. Condolences may be left at www.PassfieldMortuary.ca. Donations to the Heart and Stroke Foundation or charity of your choice. A Celebration of Life will be held Sunday, March 1, 2020 at the Canadian Corps in Thorold.

Lawrence E. McIntosh passed away Thursday, September 26, 2019 at the age of 62. Predeceased by his parents Everett and Margaret as well as his wife Francine. He is survived by his two daughters, Stephanie and Nicole, his sister Linda, his two brothers Randy and Todd, as well as nieces, nephews, and cousins.

A funeral will be held at St. Andrews Church in Chateauguay on October 19 at 2 pm. In lieu of flowers, donations can be made in his name to The Association for Frontotemporal Degeneration (theaftd.org). 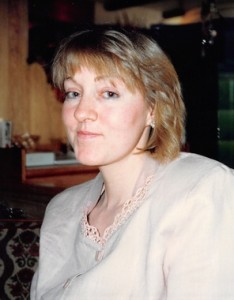 It is with great sadness that we announce the passing of Tamara Valeri Dixon on Monday May 27, 2019. Tamara is daughter of Pearl Mary Atkinson and the late Kenneth Arnold Dixon. She will be lovingly remembered by her husband, Philip St Louis, her sons, Curtis and Brett and daughter-in-law, Barbie Gauthier, mother Pearl, brother Michael and sister Shanly (Jones), brothers in law, Scott Jones, and Micheal St Louis, sisters in law, Iris Michelson, and Germaine St Louis, niece Cassandra Jones and nephew Charles Jones.

Tamara will be remembered for her strength of character, tenacity, generosity and love for others. She exercised every day, and enjoyed outdoor activities including skiing, hiking and biking around the Stanley Park Seawall.

A caring devoted wife and mother, she always had us looking for new challenges. We miss you and we shall always love you. May we meet again in the next life.

In lieu of flowers, please make a donation to The BC Cancer Agency at www.bccancerfoundation.com 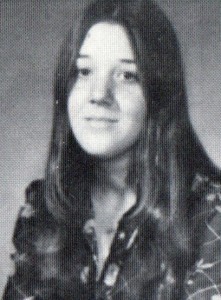 With sadness the family announces the passing of Deborah on March 14, 2019 at the age of 61. A memorial service was held on March 21 in the chapel of Voyage Funeral Home in Winnipeg. 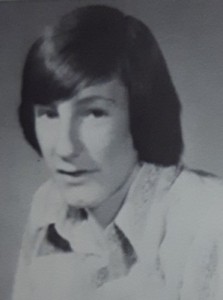 According to Kevin’s brother Alan, Kevin passed away in Welland, Ontario on November 5, 2015. Kevin was a salesman for GFS (Gordon Food Services) and he leaves behind four children: Aaron, Amy, Zoe, and Liam. 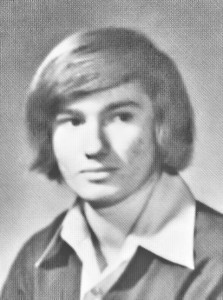 Gary passed away peacefully on April 15, 2018 at the age of 61. Gary, beloved son of William Floyd and Maud Harrison Floyd. He leaves behind his sisters Debbie (Mike) and Wendy (Mark), his two nephews, two nieces and great nieces.

A celebration of Gary’s life will be held on May 5, 2018 at 11 am at St. Georges Anglican Church, 162 boulevard Saint-Francis, Chateauguay. In lieu of flowers please feel free to make a donation to Ableliving Services – Ableliving.org Trillium Health Partners Foundation. foundation@trilliamhealthpartners.ca

“The road to success is constantly under construction.”

Christopher Hans Viereck, Ph.D., died on December 19, 2017 at the Memorial Sloan Kettering Cancer Center in New York City from complications due to cancer. He was 60. A private funeral was held in Ormstown, Quebec on December 27th, 2017. Christopher Viereck is survived by his mother Elfriede Viereck; his wife Sitta Cohen, sons Jonathan and Peter; and siblings, Christina, Cornelius, Claudia, and Corinna. His father, Hans Viereck died within days of his beloved son’s passing. Christopher was born in Thunder Bay, Ontario, on October 27, 1957 and grew up in Chateauguay, Quebec. A graduate of McGill University (B.Sc.) and the University of Western Ontario (M.Sc.), he earned a Ph.D. in neurobiology from the University of Basel. Dr. Viereck had a successful career in the pharmaceutical industry, conducting research and publishing articles. He was a strong athlete, elegant skater and loved hockey. Since his teens he played guitar, and rock music remained one of his passions. A devoted husband and father, he settled in Basking Ridge, New Jersey where he and his wife raised their family. His strength, wisdom, and dedication were exemplary, and he will be deeply missed.

Published in Montreal Gazette from January 25, 201

DONOHUE, Karen 1957 – 2017 It is with great sadness that we announce the passing of Karen Donohue, on November 4, 2017, at the age of 60. She is survived by her beloved mother Evelyn, her sister Patricia (Rob), her nephews Ian and Shayne and also her great-nephew Jaxson. She will also be greatly missed by many friends and other relatives. Visitations will take place at Alexandre Nicole Complexe Funéraire Châteauguay 96, boul. St-Jean-Baptiste Châteauguay on Saturday November 11, at 12:30 p.m., followed by a eulogy at 3:30 p.m. In lieu of flowers, donations can be made to the Canadian Cancer Society. 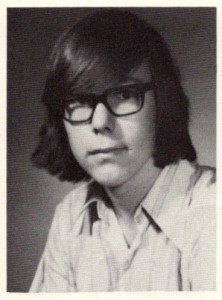 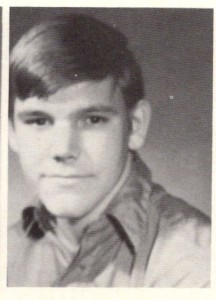 HARVEY Daniel “Danny”. In Chateauguay on April 11, 1999, at the age of forty-one years. Passed away Danny Harvey, loving son of Frances and Sidney Harvey, he will also be sadly missed by his daughter Gabriele, his brothers Brian and Kevin, his sister-in-law Micheline, his ex-wife Gisele, his aunts Violet, Hellen and Vera, his uncle John; many cousins and many friends. Resting at Dallaire & Wilson Funeral Home, Chateauguay.
http://federationgenealogie.qc.ca/ 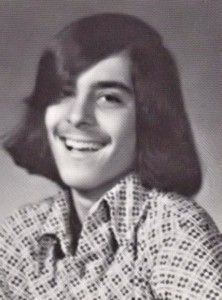 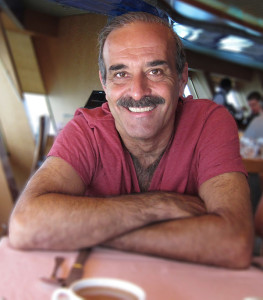 On April 9th, 2016, at age 58, Perry lost his fight with cancer at JFK hospital near Boynton Beach, Florida, which he called home. He was a well-respected business owner and ran a successful electrical company for well over 30 years. His last days were spent with family and close friends, many who traveled far to see and be with him. He then left this world surrounded by those who loved him. We all feel he leaves an unfinished life, although hearing the many stories at his gathering and since, he lived it to the fullest— always on the go, his ever present charm, wit and generous spirit, never left a dull moment.

He leaves behind his loving wife, Dana (Dikaitis) Pestano, his two children Briana and Kyle Pestano, who he loved dearly, his mother Marie Pestano, brother Mark Pestano, his sisters Gail Bost (Walter), Jenn Pestano (Brian Auerbach), his nephew, Michael Jeffrey Godel (Amy), their children, (Layne and Isla), and his many nieces, Tara Godel Repucci (Michael), and their children (Gabriella and Dominic), Tiffany, Brittany, and Koral Auerbach, all of whom will miss his joy and love of life.

He is now once again spending time with his dad Walter Pestano. 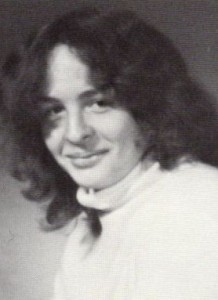 “Honesty is the road to starvation.”

Anderson, Paul Anthony – August 1, 1957 – January 1, 2016
Husband of Kathryn Pocrnic. After a brief battle, Paul lost his fight against cancer at home, with Kathryn by his side, on New Year’s Day. He was pre-deceased by his father Howard Carl Anderson and his mother Elsie Drennan Anderson. He was the light of his wife Kathryn’s life and will be forever missed. He will be missed by his sister Sharon Rego (Joe) and his nieces Dawn and Diana and his nephew David. He will always be remembered by his family in Northern Ireland. He will also be sorely missed by his extended family of April (Keith), Shaylah, Naturelle and Keisha. Keith Henry Jr., who Paul called KH, will always be reminded of how much his Papa Paul loved him. He will also be missed by all his amazing and supportive friends that helped us through this time. Cremation has already taken place. A celebration of Paul’s life will be held at the Golden Pheasant, aka The Duck, in St. Catharines on January 31. All are welcome to come and sing or play a song in memory of Paul. 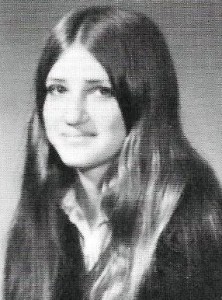 SALVATORE, Joanne. 1957-2002. Passed away suddenly on October 24, 2002 at the age of forty-five years. Beloved daughter of Florence and Samuel. Loving sister of Diane (Serge Nusbaum), Nancy (Phil Dziedzic) and John (Chelsea). Cherished aunt of Jesse, Vanessa, Stephanie and Chiara. She will be greatly missed as she brought joy, laughter and warmth to her family. Visitation will take place at Alfred Dallaire, Chateauguay on Wednesday, October 30. A graveside service will be held at Mount Royal Cemetery on Thursday, October 31, 2002. “May her soul be surrounded by angels.”

THOMSON, Glenn – It is with great sadness the family announces the passing of Glenn on August 9, 2011, at the age of 55. Beloved husband of Valerie (nee Barnabei), loving father of Melanie and her financée Rich. Survived by brothers Ron, Grant, sister Brenda and their families. Glenn has been reunited with his beloved mother and father. Sadly missed by his mother and father-in-law George and Ann and brother-in-law Rod. Cremation has taken place. Memorial Service was held in Mississauga, Ontario. In lieu of flowers, donations can be made to Heart and Stroke Foundation. 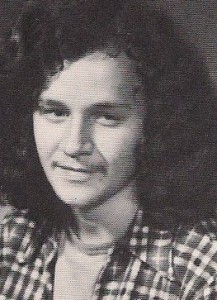 There will be a gathering for people to come pay their respects and share their fondest memories of him. The service will be held on Saturday, February 8th at Saint Andrew’s United Church, in Chateauguay.

“Speak to my agent.”

Robert Darker beloved husband of Kathrine Darker passed away at the Foothills Hospital, Calgary on Sunday, September 25, 2011 after a courageous fight with cancer at the age of 53 years.

Funeral Services will be held at The Church of Jesus Christ of Latter-day Saints, Parkland Chapel, Calgary on September 30. There will be a time for visiting with the family prior to the service at the Church from 10:00 to 10:45 am. A Graveside Service will follow at Mountain View Memorial Gardens.
http://www.mhfh.com/darker-robert-alexander/ 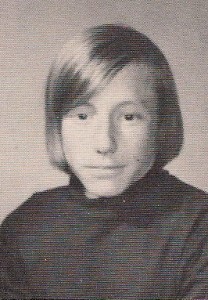 OGILVY, J. Andrew (Andy). Died peacefully in his forty-ninth year, after a courageous four year battle. Beloved son of Jim and Pam Ogilvy and devoted brother to Ann and Lyn (David). He was a favorite uncle to his nephews, Jesse, Paton, Bryn, Will and Shawn. Visitation Friday, May 19 at Dallaire Wilson Funeral Home, 123 Maple, Chateauguay. Memorial service, Saturday, May 20 at St. Andrew’s United Church, 46 Dupont West, Chateauguay. In lieu of flowers, donations may be made to the MUHC Oncology Department, the S.P.C.A. or the charity of your choice.